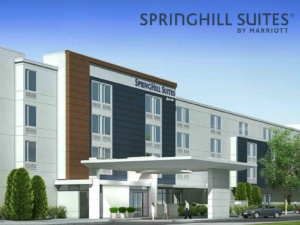 The COVID-19 pandemic put many travel plans on hiatus, especially as coronavirus variants spread across the globe. But work on hotel and resort projects certainly didn’t come to a halt during this disruption.

“While many of us were stuck at home,” says the website, thepointsguy.com, “hotel brands around the world continued to plot their growth for when people could travel again.”

Lodging Econometrics reports that the total U.S. construction pipeline stood at 4,837 hotel development projects in the third quarter of 2021 — more than half a million new rooms are in the works.

“Overall, the construction pipeline remains largely muted,” Lodging Econometrics analysts said, “due to a reduced inflow of new projects in the pipeline as compared to ‘pre-COVID levels.’”

Lodging Econometrics analysts noted that the prolonged effects of the pandemic, above average inflation, rising interest rates and material shortages and price increases will continue to be key factors in decision-making for developers going forward.

But, LE analysts also noted that many developers have a long-term positive outlook on hotel development, citing a significant rise in projects in the early planning stages.

While inflation in construction inputs and problems sourcing of labor and materials have increased, “developers are reworking budgets, revising plans to minimize costs, and adjusting construction start and project opening dates to endure the challenges of a recovering industry,” LE analysts said.

Several major cities have many hotels in their project pipelines. As of Q3, the figures for these cities include, according to The PointGuys:

LE analysts said these five cities together represent 13% of projects and 15% of rooms in the total U.S. pipeline. The Dallas Morning News said Dallas leads the nation in new hotel projects.

In the mid-market, limited-service lodging category, 20% of the total construction pipeline is comprised of Home2 Suites by Hilton has 402 projects/41,846 rooms, Holiday Inn Express has 301 projects/28,852 rooms and Fairfield Inn has 246 projects/23,653 rooms.

Hyatt has 98 hotels in the U.S. pipeline, according to the brand’s development page.

Cold-formed steel (CFS) leads the way as the preferred framing material for many structures for multiple reasons.

Steel Framing and Hotels Go Together

Cold-formed steel (CFS) is gaining traction as the preferred framing material for many hotel projects because it is (1) lightweight and (2) non-combustible.

An engineering achievement recently occurred in Chicago. There, the Navy Pier’s first hotel is now open for business. The 233-room Sable was added to the pier using CFS floor joists and structural framing for the hotel’s top 5-floors.

The CFS framing helped to reduce the weight on the historic pier.

Crews used light-gauge, CFS bearing walls and a floor joist system designed to spread the weight on the pier, beneath which 51 micropiles were driven into two feet of bedrock.

According to Insurance Journal, many insurance carriers are tightening their stance on the construction industry. Contractors need to be concerned about increased insurance premiums caused by more strict underwriting guidelines, but also their existing policies may be in jeopardy.

Non-combustible structures built with CFS framing have a better loss history than combustible wood framing. This translates into lower costs and broader overages for many types of construction insurance. The US Assure Builders Risk Plan, insured by Zurich, automatically offers low non-combustible rates on CFS.

According to Dodge Data & Analytics, contractors are increasing their use of prefabrication and modular construction techniques in the commercial sector:

A growing number of building professionals are embracing prefabrication and modular construction to provide owners with schedule and budget certainty earlier in the process.