Have you noticed that wood prices are soaring?

Framing lumber is up by 130% since mid—April. OSB has risen 138% in a year. Time to switch to cold-formed steel framing and trusses?

Lumber prices have recently skyrocketed due to significant shortages of the commodity, a shortage that has been made worse by tariffs on wood from Canada. Thus, North American builders are researching alternatives to wood. Some are switching to cold-formed steel (CFS) framing and trusses on their projects.

“Functionally, the cost of cold-formed steel has always been competitive with wood,” says Larry Williams, executive director, Steel Framing Industry Association (SFIA). “But right now, builders can get the quality and superior performance of steel and a huge savings on framing their projects.” 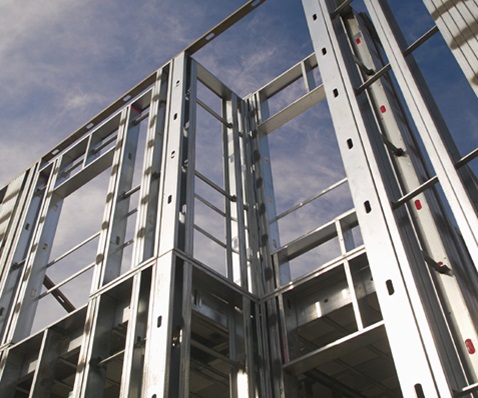 CFS framing has a proven track record of providing cost-effective benefits over the entire construction cycle.

Housing boomed, however, and the “mills weren’t prepared,” says MarketWatch in the article, “Lumber prices have skyrocketed — and that’s bad news for home buyers.” The situation is significant because, according to MarketWatch, framing lumber makes up roughly 20% of the materials cost of building a home.

CFS costs much less than wood

Builders of both residential and nonresidential projects featuring wood framing now find an opportunity to flip wood for steel on their projects.

“Contractors are researching wood and steel prices,” says Pete Wilhelms, vice president of marketing and product development, Negwer Materials, Inc., a St. Louis, Missouri, supply yard and CFS truss fabricator serving eastern Missouri, southern Illinois and northern Arkansas. “There are budgets for projects out there, and some contractors are hoping to either save money or are looking to bring owners an alternative construction practice — steel.”

Wilhelms gives the example of a wood truss package for a small, single-story commercial building mansard truss. The package was priced at $9,800 when the contractor bid the work. But when it came time to order, the wood truss price had ballooned to $16,900. Negwer Materials’ price for CFS trusses came in at $11,900, and the truss component for the job flipped from wood to steel. 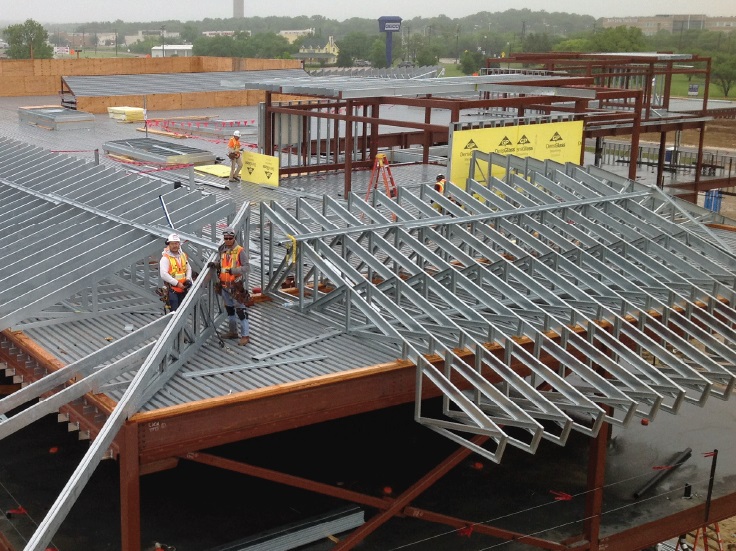 The Denton Area Teachers Credit Union’s switch from wood to cold-formed steel trusses saved $40,000 on this project in Texas.

Williams says that wood framing shortages and skyrocketing wood prices could even “blow away the labor cost differential of wood and steel for building single-family houses.”

“A home framed with cold-formed steel has generally had a 1% cost premium,” Williams says, “but with this surge in lumber prices steel framing is clearly going to cost less and offer a higher quality, more durable home.”

He says a builder under contract to build so many homes for a developer and faced with current wood price levels would have to seriously consider using cold-formed steel as an alternative to wood framing.