In order to meet the continued worker shortage, the construction industry is in need of new building solutions that require less labor. According to new research from the Associated Builders and Contractors of America (ABC), the U.S. construction industry will need to add 430,000 new workers to keep up with the increased demand for construction services in 2021.

One option is to use prefabricated products.

The Church of Jesus Christ of Latter-day Saints in Werribee, Victoria, Australia, needed a new meeting house. The architectural firm DWP specified prefabricated wood building components in the design. Wood framing, however, could not meet the specific needs of the project.

According to Architecture & Design, the use of wood wall and roof truss framing would have required extra planning of the panel designs and packaging of them on delivery trucks in such a way to ensure they remained straight and accurate once installed. In contrast, cold-formed steel (CFS) does not rot, twist or shrink. CFS framing could be “prefabricated square, true and uniform in size, allowing for simple installation,” Architecture & Design says.

Therefore, CFS wall and roof truss framing was selected for the project, rather than a wood framing system.

Prefabrication can help meet construction demand by reducing the construction timeline while ensuring quality control. Cold-formed steel (CFS) framing is the ideal framing choice because it is non-combustible, lightweight and can be cut to precise specifications.

Load-bearing CFS panels can be built offsite to achieve tighter tolerances and greater assembly precision. This was the chosen method to construct the 126,000 sq. ft. Seasons Retirement Community in Cambridge, Ontario, according to Construction Canada.

The building came to structural engineers Atkins + Van Groll Consulting Engineers originally specified as an all-concrete structure. At the client’s request, the firm redesigned the building with load-bearing CFS framing to provide a more cost-effective structure. 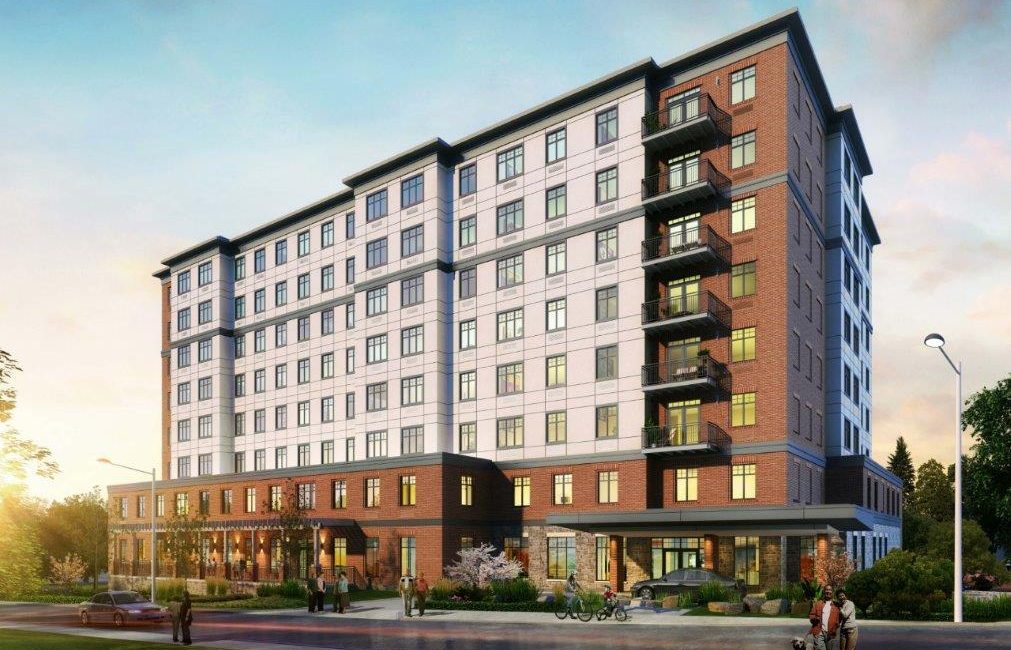 “[CFS] contributes to erecting a building quickly, in part because it allows panelizing walls in a plant before they are delivered to the site,” says Mitchell.

The load-bearing CFS wall panels were pre-built offsite, shipped to the Seasons Cambridge location and erected there on a 14,000 sq.ft. floorplate, says Construction Canada. Even the window openings were prefabricated as part of the pre-assembled panels, making it easy to install the windows as each story is completed.