They want offices with expansive interiors and lots of sunlight. They want signature looks that convey warmth to customers and excitement to would-be recruits. Of course, they also want to save money and time on construction. That’s the story of DATCU Credit Union’s new, $15 million administration building in Corinth, TX. It was built for a savings in 18 months.

NewGround’s design allows employees to work in collaborative zones. It has modern touches, such as outdoor terraces and lots of daylight. In fact, 38 percent of the DATCU headquarters exterior is windows, a NewGround project profile states.

“The building has a strong, masonry base,” Wilcoxen says. “As you get to the second floor, it’s all glazing. With the wide roof overhang and bracket supports, it has a top hat feel.” The mansard roof gives the building a friendly look, a residential scale that’s inviting and functional. It acts as a natural equipment screen and provides slope for positive drainage.

“They didn’t want to be ultra-contemporary and hard-lined,” Wilcoxen says. “They wanted something timeless.” The roof trusses were originally specified to be wood. That changed when NewGround learned that local building officials would require wood-framed trusses be protected by fire sprinklers. So, the project team switched to cold-formed steel (CFS) trusses. “By going with metal trusses,” Wilcoxen says, “we were able to avoid the sprinklers and that saved [DATCU] around $40,000.”

Besides saving money, the CFS trusses also saved time on the project. They were pre-fabricated. Each truss member component was made on computer-driven roll formers, which cut weeks off the delivery and installation schedules for the roof assembly. Julio Saenz, Project Supervisor at Marek Brothers Systems Inc., Dallas, TX, says his four-man crew installed the DATCU trusses quickly, saving five to six weeks on the truss installation. Saenz says the speediness of the truss installation saved close to 40 percent on labor. 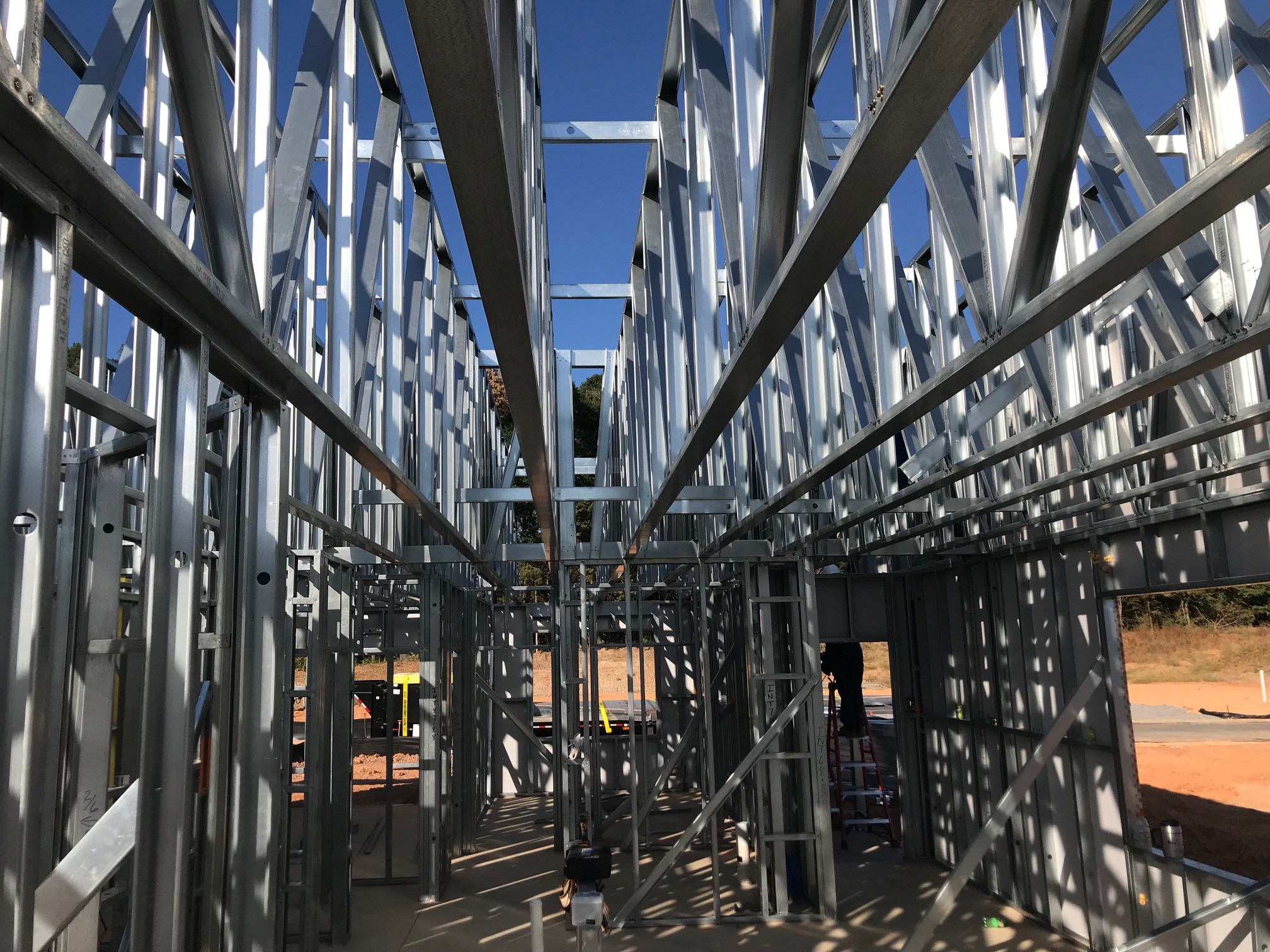