By timing construction so the foundations were poured before winter, crews installed load-bearing wall systems and roof joists during the coldest months of the year.

Set in Oakville, on Lake Ontario just west of Toronto, the Trafalgar Campus of Sheridan College is home to 7,500 students. The creative campus offers programs in animation, design, film, television, theater and more. In late 2012, the college began construction of a student residence. The project would run through a tough Canadian winter.

“It cooled down in December, and we got snow,” says Brock Martin, President, Magest Building Systems Ltd., Stratford, Ontario, whose company installed the load-bearing cold-formed steel framing on the project. “But, we were able to maintain our schedule in -10 to -20 degrees Celsius [14 to -4 degrees F] for three months.” By pouring the structure’s foundations in the fall and using cold-formed steel framing over the winter, Sheridan College and its public-private partner, Campus Living Centres, saved money — likely hundreds of thousands of dollars in carrying costs, Martin says.

How? Savings came, Martin says, by starting the project’s construction cycle in the fall. By timing construction so that the foundations were poured before winter began, crews were able to install load-bearing wall systems and hollow-core floor and roof joists during the coldest months of the year. This would not have been possible using other systems. “The foundations were completed before winter kicked in,” Martin says. “The general contractor didn’t have to supply heat to install the cold-formed steel, which they would have had to do for a masonry or concrete load-bearing system.” 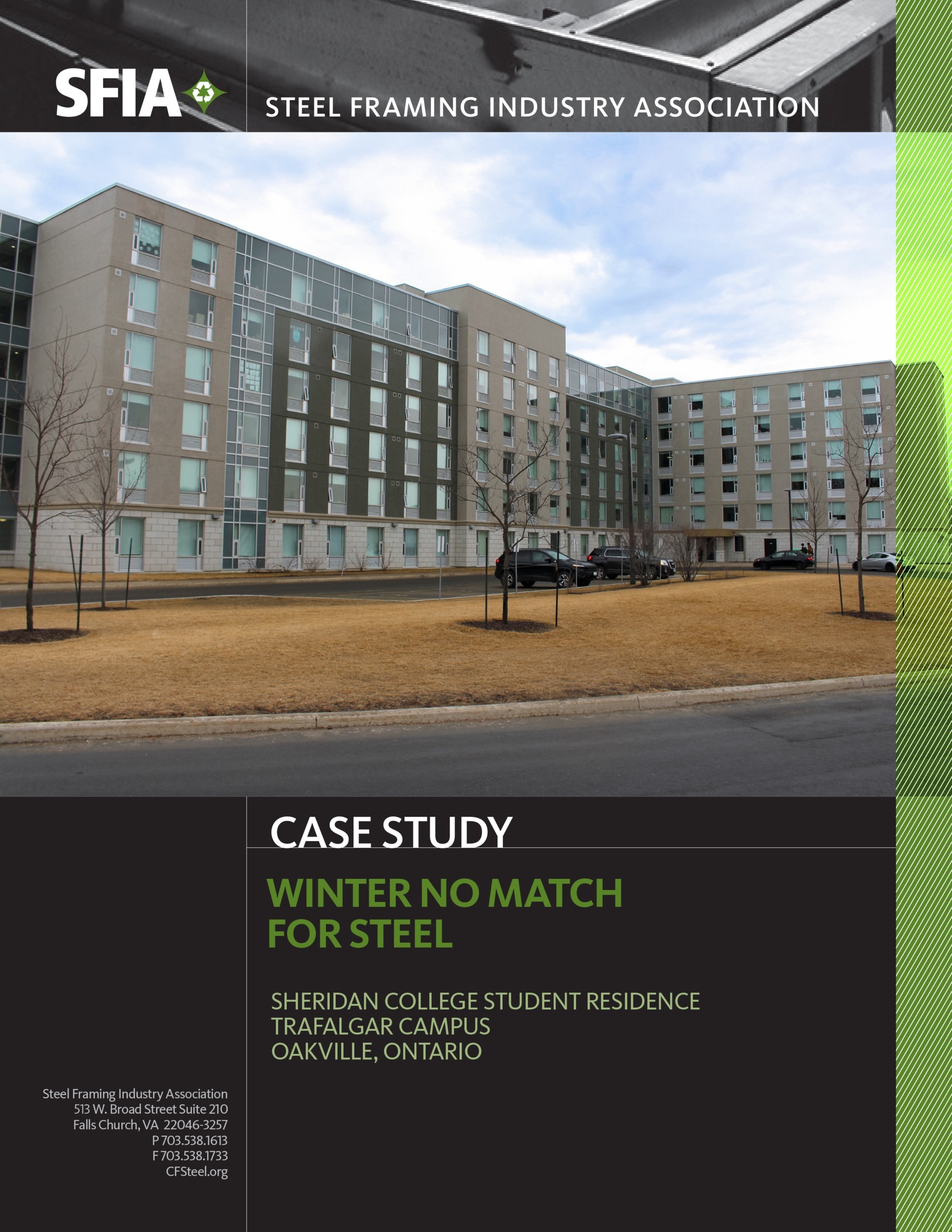